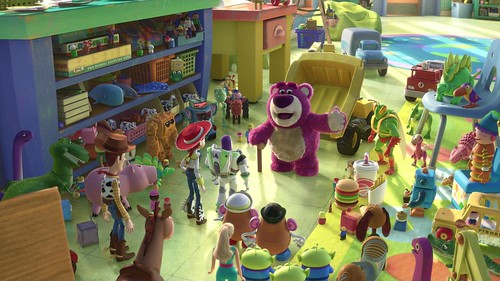 A terrific yarn from Alvy Ray Smith, one of the co-founders of Pixar about how they knew they could create Toy Story, given enough time and resources in the 1970s. They knew that Pixar would have to spend its time building and innovating hardware instead of making movies in the early years in order to help Moore's Law along the way.

An interesting sidenote is how Moore's Law actually works (computing gets an order of magnitude better every five years) and why the intervening years matter (because the thought process to imagine those gains have to be acquired). Consequently, what Pixar did for movies is what Google is trying to do with the web. That's why they are building Android and Chrome, which are noticeably heading towards convergence. Google wants to own the web and everyone who interacts on/with/through it. They are predicting a future where everyone utilizes the ubiquitous cloud to do things we aren't even currently doing at all.

In order to imagine the computing paradigm of 2020, Google has to push the evolutionary crank around one cycle at a time. That's why they marketed their new Chromebook Pixel as the device for what's next. We don't know what's next but Pixel has to be built to "gain the courage, the insight, and the engineering mastery to proceed to the next step."

Now, I really want one of these.